International Festival of Music and Dance in Granada 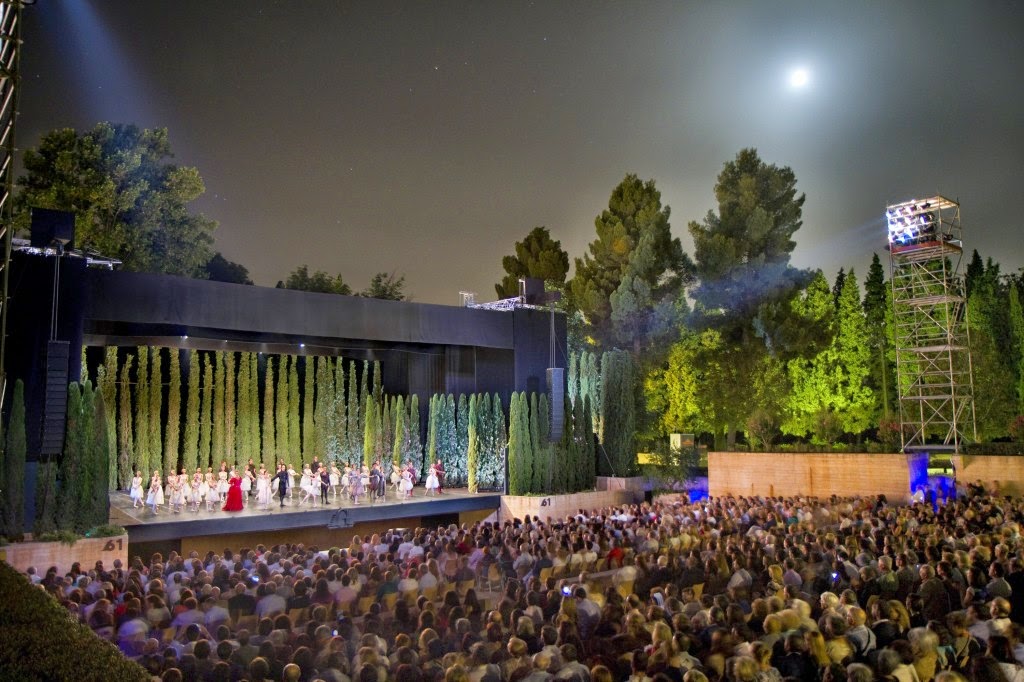 Like every summer, also this year Granada will welcome the International Music and Dance Festival, from June 20th until July 11th, 2014.
This festival is one of the most awaited in Granada because very important artists come here and spread a magical atmosphere to the city for those days. A part from the official program that usually takes place in different areas in Alhambra (like the Generalife's Gardens and Carlos V Palace) and where you can assist only by previously buying a ticket, there's another simultaneous one that's called FEX. This last one is totally free, but you have to be sure to go to the performance place extremely in advance to reserve a seat for you. As all the artists that take part into this Festival are very good and quite known in music, dance or theatre, just imagine how many people wish to attend their performance and.... for free!!!
Here you have the official website of this great festival in Granada, where you can discover the invited artists of this year and buy your ticket in advance!
Posted by Unknown at 17:52

Between 5 and 11 May in Seville , there has been one of the most important celebrations in Spain . We are talking about the famous April Fair, which takes its name because at first was held on about 19/20 of April, and then they decided to move it to May .
How was this "party" born ? Let's read a little bit of history to understand

The origins of the April Fair are in August 25 of 1846 in Narcissus Bonaplata and José María de Ybarra who signed a proposition submitted to the City Council, asking for the permission for 19, 20 and 21 April to hold an annual fair .
The City Council looked favorably on the initiative of the Basque and Catalan (curiously Andalusians were not the precursors ) .
So in 1847 was held the first Fair in April .

With regard to the main door , that is the gateway to the Fair, this is different each year. This year's was filed in July 2013, and the design was chosen by a jury of ten members. With the unanimity of the jury, the project presented by architect Gregory Esteban Pérez was elected.
The design of the main door of the April Fair in Seville 2014 is inspired by the water kiosks that were built in the city in the late nineteenth century. Furthermore, given that next year it's also the Fiftieth Anniversary of the Canonical Coronation of Virgen de la Esperanza Macarena, he said that " this can also be noted in the inclusion of many details of the crown and the Roman L , representative of the number fifty, adorning the crown that originally carrying the Virgin"
Posted by Unknown at 10:44 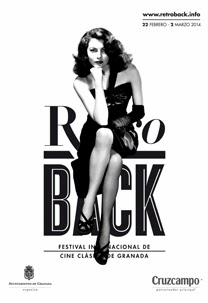 On February 22 , it started the VI edition of the International Classic Film Festival in Granada, which continues until March 2.
The festival , called "Retroback" began its celebration with a Gala Opening on the same day 22 at  20:30 h , by the Orquestra Ciudad de Granada with a concert of classic cinema.
As every year the OCG adds a touch of class to all Festival: unlike previous years, it will welcome Retroback with exquisite repertoire of cinema.
The OCG will perform works of the first period of American classic cinema. The musical direction of the concerts is by José Luis Estellés , while narrating voice is Larissa Ramos, in the play "The Jungle Book".
After the gala will start projections also classics like " All About Eve ", " The Night of the Iguana " and " Person" .
Throughout the Festival , each day will be a different argument for the projected films : namely, different categories that will alternate day by day:
So each day, we can look at the most remarkable and characteristic works of each category.
For example, Luis Buñuel's " Un Chien Andalou ", " The Golden Age " " Tristana ", and Ava Gardner movies, " Cemetery Junction ," " Outlaws ," " 55 Days at Peking ," " Seven Days in May " , etc. will be passed, and so is for all the categories .
Then , in addition to all the movies , you can attend side events, such as the inaugural concert, that are other activities integrating the exposition
For example , yesterday it has had , and will also next Sunday , a children's exposure to music and classic animated film , with screenings of short films of classic animation and live music composition of the "Potato Head Jazz Band ", so you can look notable characters, as Betty Boo , moving to the beat of the best swing.
In conclusion, the last day , at the Isabel la Catolica theatre, the festival is going to conclude with other displays of the "Potato Head Jazz Band ," who come to the "Film Noir" and to the swing of the 20s, in a black and white evening where they will be joined by dancers Xavier and Ariadne , Indy Hop European and world champions of Indy Hop.
So, enjoy this extraordinary program !
(You can find more information in the web site of the event : www.retroback.info
Posted by Unknown at 16:27

Group of Italian students at Imsol 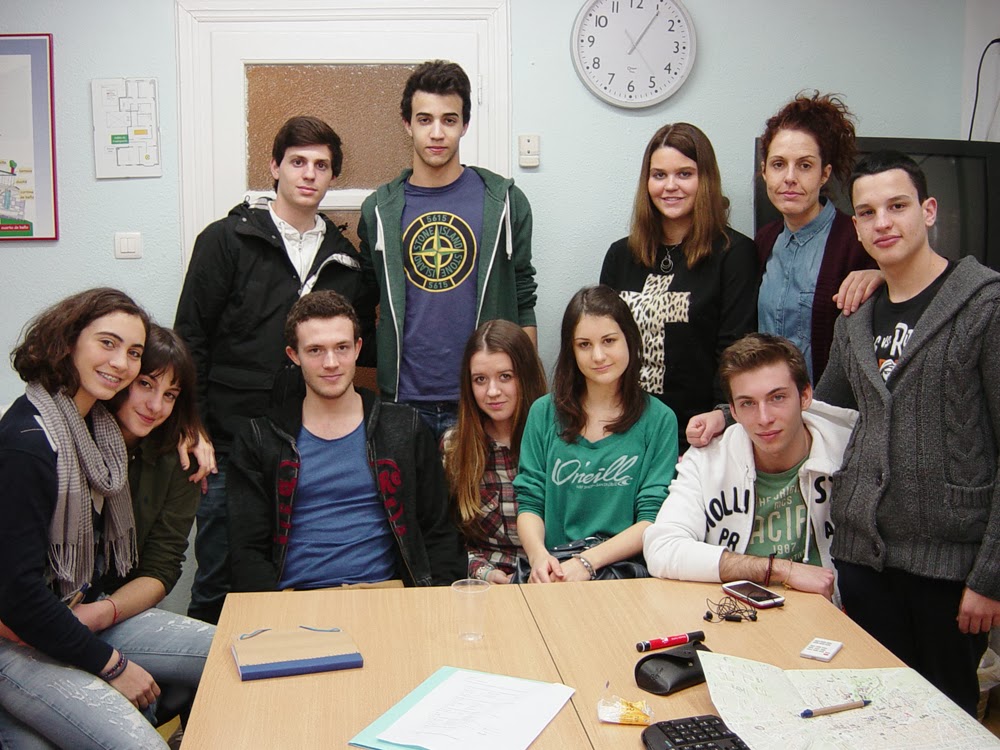 Last week Imsol had the pleasure to receive a group of 19 students from the north of Italy.
We organized an interesting week for them full of activities and nice things to enjoy in Granada!!
As accommodation, they chose to stay in a Hostel and have the lunch included, so we looked for a comfortable place at only 5 minutes walking from school, where we were sure they'd be feel like at home.
Every morning they received their Spanish intensive course, divided in 2 groups, according to their Spanish level assessed through an online level test done before their arrival. The timetable was from 9 to 12.30.
Then, in the afternoon they took part to a cultural program that includes:
guided tours discovering Granada (Albayzín, center and Sacromonte), a funny activity in San Agustín Market, a tour to the Alhambra and Generalife gardens and a practical lesson of cooking paella in a Cooking school in Granada that was their dinner at the end :) .
At Instituto Mediterráneo Sol we can organize a personalized stay for groups of adults or teenagers, according to their special needs. It's a once-in-a-lifetime experience that you have to live! What's the best way to practice Spanish with your friends in the charming city of Granada?
Posted by Unknown at 16:34

Free tours of the exhibition: Art and culture of Al- Andalus. The power of the Alhambra 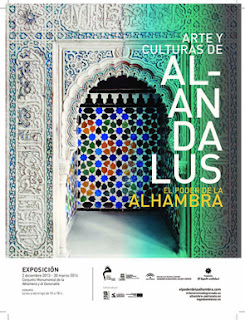 Thanks to these tours you can immerse yourself in the thousand years of the Kingdom of Granada , and have a unique opportunity to see the Alhambra as you have never seen it.

You will see unique works that are on loan and that will be kept here together for a few months in this spectacular place that Alhambra is.

You’ll have this opportunity only until March 30tth, 2014 . You’ll have the chance to see the 300 pieces that show the importance of Al- Andalus and the Kingdom of Granada .

So you cannot lose the opportunity to say good-bye to the Millennium of Granada as it deserves: with a guided visit to this exhibition .

At Instituto Mediterráneo Sol we organize this tour for our students.

For further information please visit the official webpage:  www.cervantes.es
Posted by Unknown at 13:25

The results of DELE examinations held in August 2013 are now available on the following website:

http://diplomas.cervantes.es/informacion/consulta_notas.html
Students have just to insert their registration code and the date of birth (dd / mm / yyyy).

We likewise inform you that, in order to simplify the procedure and minimize the response time to candidates, the process through which notifications were printed on paper and sent to the examination centers, has been replaced by an automated process. In this new system, the candidates themselves can print their results comunication, being exempt examination centers from these operations.
Posted by Unknown at 12:44